Attorney Robert Allard continues to protect children by raising awareness of the childhood sexual abuse epidemic afflicting society. At the same time, Mr. Allard is one of the nation's leading attorneys when schools, daycare centers, churches, camps, and organizations fail to protect children. 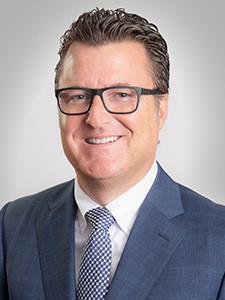 Beginning in 2010 with the first of many lawsuits filed against USA Swimming, Mr. Allard's trailblazing legal team fights a battle to ban sexual predators from swim coaching positions.  This organization oversees youth swimming clubs around the country and is in charge of training and selecting America’s Olympic swimming team. This legal battle is the first to successfully force the U.S. Olympic Committee to standardize background checks and implement childhood sexual abuse training across every Olympic sport. Consequently, his legal efforts have enhanced the protection of over one million vulnerable young athletes from predator coaches.

Mr. Allard’s landmark success is nationally recognized, earning him 2012’s California Attorney of the Year and National “Person of the Year” (ahead of swimmers such as Michel Phelps and Missy Franklin) in the sport of swimming. He subsequently earned recognition as one of the “Top 10 Most Impactful People in Swimming” by Swimming World in 2014.

Mr. Allard’s enhancement of child protection in sports is also the subject of a 2016 feature story by the San Jose Mercury News.

The majority of my 28 year legal career has been devoted to assisting survivors of sex abuse. At present, it is my entire focus, passion and sole source of my professional fulfillment. I have parents just like you coming to see us on a weekly basis. I have four children. I understand what you've gone through. Our team will do everything we can in our power to make this as painless of a process as possible. When you're looking at the next sixty five, seventy, seventy five years of your child's life, you'll learn it is necessary to secure his or her future. When therapy is needed, they get the best. If they become unemployed, they have some security. Generally, when they hit those bumps in the road, we will do whatever we can to ensure that they have the financial resources to help get them through.

Another lawsuit involved three children from Paradise Valley Elementary School in Morgan Hill, sexually molested by their teacher in successive years. Much like in the O.B. Whaley case, this lawsuit involved a teacher sexually molesting students during recess and lunch periods in his classroom. As a condition of the $8.25 million settlement, the Morgan Hill Unified School District is required to implement mandatory predator identification training for all of its employees.

Parents of child sex abuse victims share not only in the desire to obtain the best compensation possible for their children but to also create positive change out of their tragedies so that no other child has to endure sexual abuse. Through their shared commitment, Mr. Allard and his clients have taken steps to create stronger child protection systems for other students.

Proving that no attorney does more to protect children from sexual abuse, Mr. Allard engages in significant legislative efforts on behalf of victims. He recognizes that repressed memories prevent many victims from realizing that they have been harmed until much later in life. Thus, Mr. Allard is working to abolish arbitrary time limits that continue to deny victims compensation for their harm. For example, in California, the Statute of Limitations for child sex abuse victims is 26-years-old.

In another move to protect children, Mr. Allard's legislative efforts are preventing the revictimization of child sex abuse victims. With the help of State Senator Jim Beall, there is now a law to protect victims from unlimited examinations by defense doctors. Senate Bill 755 sets a three-hour time limit and also requires that a licensed therapist with experience in child abuse and trauma conduct the exam.

Lastly, Mr. Allard’s team is stopping school districts from escaping accountability for the sexual abuse of children. For years, school districts were relying on a loophole to require victims of child sexual abuse after 2009 to present government claims within six months or a year of being molested, despite a law that gives child sex abuse victims up until the age of 26 to do so. Brought to their attention by Mr. Allard's legal team, the California Legislative Counsel issued an opinion that school districts must abide by the same age 26 law that applies to everyone else.

Currently, Mr. Allard is working to require that all teachers and school personnel receive mandatory training to identify predatory grooming behavior. This prevention-type training allows school personnel to better identify the “red flags” which almost always precede the sexual abuse of a child.

Beyond Sports and Schools

In 2013, Mr. Allard’s team obtained an $8.4 million settlement against a statewide daycare provider. The provider negligently allowed a teacher’s aide to get access to and molest seven children under its care.

In 2015, two separate settlements totaling $2 million were obtained on behalf of 2 children who were sexually molested by an unsupervised counselor against one of the state’s largest foster care providers.

In 2016, they reached a $9 million settlement against a national childcare organization on behalf of 4 victims sexually abused by a camp counselor/teacher’s aide.

Trusted by sex abuse survivors and their families

While he continues to receive awards and recognition for his efforts, Mr. Allard’s greatest honor is the trust survivors and their families place in him. For this reason, Robert Allard draws strength and courage from his clients. It is the mutual journey of hope and healing that inspires Allard, qualities highlighted in an expose written about him by California’s “Plaintiff Magazine.”

A University of Notre Dame graduate, Mr. Allard earned his Juris Doctorate degree from the University of San Francisco in 1994. During his 20+ years of practicing law in the Santa Clara County, Mr. Allard has served on the Board of Governors for the Santa Clara County Trial Lawyers Association (2001-2005). Additionally, he has served as President of the Board (2006).

On the personal side, Mr. Allard spends as much time as possible with his wife Niccole and their four incredible children - Jacq, Shea, Caden and Ashton. When he is not working, he is coaching, running, golfing or walking his dogs Fred and Frank.

A reputation for aggressive representation and the highest ethical standards