As students head back to school, the San Jose law firm of Corsiglia, McMahon & Allard is reminding parents about the dangers of sexual abuse by educators. 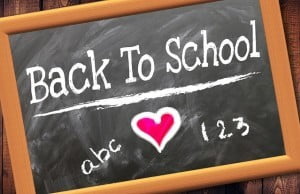 The firm is announcing a $1.2 million settlement in a sexual abuse lawsuit filed against a San Jose charter school.

The case involved a high school teacher who sexually abused one of his students and a principal who was directly and expressly notified about the illegal relationship but did not notify the authorities as required by law, instead choosing to investigate himself.

The California mandatory reporting law mandates that an educator report to the authorities any time he or she entertains a reasonable suspicion of sexual abuse. That was not done here. Instead, it took a complaint from a concerned parent to trigger involvement by the police which promptly resulted in an arrest.

This case is the continuation of a disturbing trend involving educators who disregard the law designed to protect children from sexual predators.  We have represented sexually abused children in other cases with similar facts, including:

“Although the principal certainly had it in this case, you need not have details of sexual abuse spelled out right in front of you to trigger your legal obligation,” said Robert Allard, one of the attorneys for the victim. “Once you have a mere suspicion that a child may be a victim of abuse and the police are called, educators have to learn that they must stand back and let the professionals do their jobs so that pedophiles can properly be brought to justice”

Educator sexual misconduct, estimated to impact one of ten children by the time they graduate high school, along with the lawsuits that follow show that there is a need for mandatory and proactive predator identification training so that everyone is educated on the “red flag” grooming or predatory behavior that usually precedes sexual abuse in schools.

The law firm of Corsiglia, McMahon & Allard has represented in either an official or unofficial capacity well over 100 clients who as children were sexually abused as children. In nearly all of those cases, we have helped sex abuse victims get financial compensation for the harm that was caused to them. For a free and confidential consultation, call 408-289-1417 or use the form on this page to email us.