Arrested on suspicion of lewd acts with children 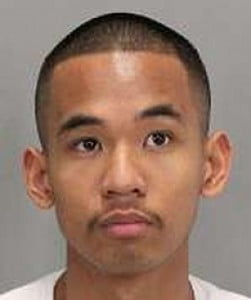 On March 18, 2016, 21-year-old Enoch Garcia of Mt. Pleasant High School was arrested on suspicion of lewd acts with children. Police received a complaint on Monday about an “inappropriate relationship” between the track coach and a Mt. Pleasant student.

It has since come to light that Enoch Garcia—who himself graduated from Mt. Pleasant High School in 2012—had inappropriate relationships with two students, one aged 17 and the other 14. The gender of the two minors was not made public.

Enoch Garcia will be charged with two felonies: sexual intercourse with a minor and lewd and lascivious acts with a minor.

This is not the first time San Jose educators have been apprehended for molesting children. In February of 2016, Jose Garcia, the thirty-five-year-old interim assistant principal at James Lick High School was arrested on suspicion of “annoying or molesting” a child under the age of 18.

Sex crimes are traumatic enough on their own, yet they’re made even more heartbreaking for the victim when the perpetrator is a trusted authority or mentor figure.

California, however, has had a slew of high-profile teacher sex abuse cases in recent years. In January 2015, Michelle Yeh, 28, was arrested for sexually abusing a male student at San Pedro High School. In December 2015, geography instructor Kimberly Naquin was arrested for molesting a 16-year-old female student. In March 2015, two female teachers (ages 30 and 38) from West Covina took five male high school students on a camping trip to Sam Clemente, gave them alcohol and cocaine, and sexually assaulted them.

Teachers, school administrators, and school district workers should be concerned, foremost, with children’s safety and welfare. When educators sexually molest children, however, they violate the sacred trust vested in them by the community. Victims have every right to file suit against a sexual predator and obtain fair compensation for the psychological damage inflicted.

The law firm of Corsigilia McMahon & Allard specializes in filing suit against sexual predators and the negligent school or district officials which enabled the abuse to take place. Child sex abuse is an extremely traumatic event and victims often require mental healthcare for years, even decades afterward. No family should be forced to foot the bill for the aftereffects of a heinous crime. Corsiglia McMahon & Allard represent sex abuse victims in San Jose and throughout California. We have the legal resources necessary to punish the perpetrators of sex crimes and obtain just compensation for a family’s injuries.

If your child has been sexually abused by a California teacher or school district official, contact the law firm of Corsigilia McMahon & Allard at 408-289-1417 for a free and confidential legal consultation.