Detectives arrested Flores for unlawful sexual intercourse with a minor and other sex crimes, according to Arcadia Police. Detectives fear that there may be other victims and continue to investigate.

If you are a victim of swim coach Marco Flores, contact one of our attorneys for guidance and support.

Max Aquatics is part of Southern California Swimming, the same USA Swimming Local Swimming Committee being sued by the law firm of Corsiglia, McMahon & Allard for enabling the abuse of swimmer Tracy Palmero back in the 1990s.

Max Aquatics trains out of the Norman S. Johnson Aquatic Center, El Monte Aquatics Center, and the Monrovia High School facilities year-round. The Max Aquatics website proclaims that it assures that the time children spend swimming will be quality time.

Marco Flores attended and swam for New York University (NYU). His college bio page says he attended Flintridge Preparatory school in La Cañada Flintridge, California, a coeducational day school for grades 7-12. Marco Flores was a two-time team captain and helped his teams win Prep League Championships as a junior and senior. He is still listed as the school record holder in the 100 Breast, 100 Fly, and 200 IM. 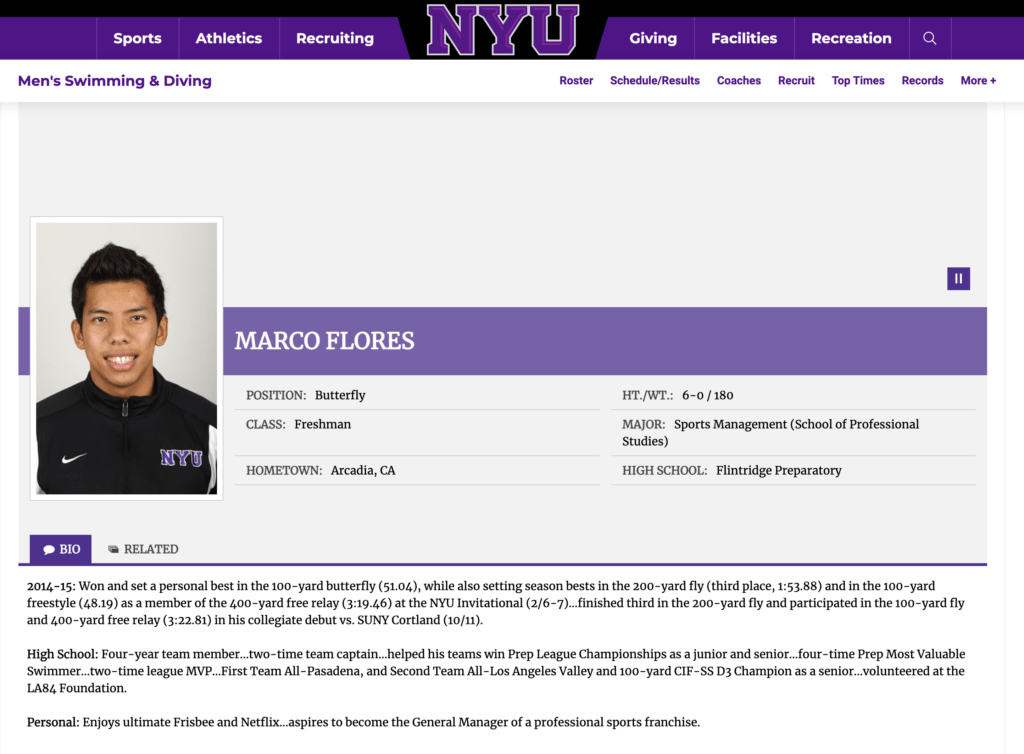 Flores, according to Arcadia Police, has served as Max Aquatics swim coach since 2017.

USA Swimming and many of its member swim clubs currently face numerous lawsuits for enabling the sexual abuse of young underage swimmers, including another lawsuit filed due to sexual abuse by swim coach Andy King.

In June of 2020, the law firm of Corsiglia, McMahon & Allard filed three separate lawsuits on behalf of six sexual abuse victims against USA Swimming and the swim clubs that employed the predator coaches.