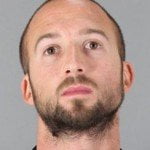 "This must be seen as a wake-up call for all high school athletic departments," said victim advocate Robert Allard, representing the victim and her family. "Athletic directors need to keep a closer eye on the behavior of their coaches and school districts need to do a better job of performing background checks and screening on their employees so that coaches stick to coaching and are not allowed to engage in extracurricular activities with their athletes."

According to the police report, the victim was groomed by coach Tatro.

"The grooming and control of a subordinate female are all signs of a crafty sexual predator," Allard commented. "This is a classic case of a coach allegedly abusing his position of trust."

Tatro was the water polo captain and MVP in three seasons at Half Moon Bay High School prior to being named the head water polo coach at Aragon High School. Tatro played water polo at West Valley Community College and Queens College in New York.

"This outstanding student-athlete has come forward because she wants to protect and prevent other girls from going through the same humiliating and degrading abuse at the hands of Coach Tatro and to increase awareness in the coaching profession," said Allard of his client.

Update: October 3, 2012 - The San Mateo Daily Journal reports that Tatro entered a not guilty plea to six felony counts, including sending harmful matter with an intent to seduce and communicating with a minor to set up a lewd act. He is scheduled to go on trial January 7.

Update: October 26, 2012 - Attorney Robert Allard has filed a lawsuit in San Mateo County Superior Court against Tatro and the San Mateo Union High School District (SMUHSD). The lawsuit alleges that the District was negligent in protecting the high school victim when notified that Tatro was engaging in improper sexual contact. The complaint also alleges that the SMUHSD did not meet Child Abuse and Neglect Reporting Requirements. The San Mateo Daily Journal has this report on the lawsuit.

Update: March 27, 2013 - Former Aragon High School water polo coach Joshua Tatro is sentenced to two years in state prison for sexually assaulting one of the girls on his team. KTVU-TV has the story from San Mateo.