The New Haven Unified School District (Alameda County Superior Court, Case #17868000) is facing a third sexual abuse lawsuit resulting from the molestation of several elementary school children by former teacher Michael Howey. Howey entered a guilty plea to sex abuse charges, including the plaintiff in this lawsuit, and is now serving a lengthy prison term for his crimes. 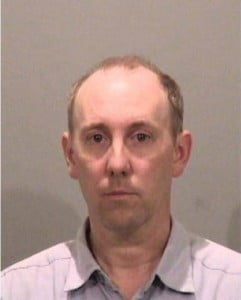 The lawsuit filed by the child molestation law firm of Corsiglia McMahon & Allard alleges that Howey molested Jane Doe during the 2012-2013 school year from the months of September through April before his arrest in May. Jane Doe had just turned eight years old when the first of repeated sexual assaults were committed on her by Howey at Alvarado Elementary School.

“Sadly, this is yet another case of a public school district’s inability to identify easily recognizable red flags associated with predatory behavior by educators.  As a consequence of this District’s failure to implement basic training concerning the identification of these red flags and what to do when they are observed, at least 10 children will now have to suffer debilitating mental disorders due to their being forced to engage in sex acts with their trusted teacher,” said the child’s attorney, Robert Allard.

The lawsuit states that during the 2002-2003 school year, Howey repeatedly and inappropriately touched a female student's leg at Cesar Chavez Middle School. Even though this sexual misconduct was reported directly to the principal, the lawsuit alleges that the District violated the law by failing to report to the authorities reasonably suspected childhood sexual abuse.  In fact, according to the complaint, no action was taken whatsoever against this teacher, including closer supervision, thereby allowing him to continue to brazenly sexually molest his students in open daylight, during school hours, at recess periods and behind blocked windows and closed doors.

During the 2010-2011 school year, Howey, now at Cabello Elementary School, the complaint alleges that Howey digitally penetrated a female student on several occasions in the presence of other students. The complaint states that he kissed other girls on the lips and hugged female students inside his classroom.

Following the closure of Cabello Elementary School, Howey transferred to Alvarado to teach 3rd grade the next year. It was during the 2011-2012 school year that Howey continued sexually molesting female students including a then eight-year-old girl, who in 2016 filed her lawsuit against the district.

The following school year, 2012-2013, numerous other red flags or warning signs of sexual abuse came to the attention of school administrators and staff. However, there is no evidence that any employee heeded these warning signs or even bothered looking into them further.

“It’s time for school districts to start making the safety of students their number one priority by ensuring that everyone who regularly interacts with students is in a position to prevent sexual abuse by learning the warnings signs of predatory behavior,” said Allard.  “Failing to do this not only exposes children to pedophiles but costs the taxpayers millions of dollars by having to resolve claims with the children and their respective families.”

In two other recent cases handled by Allard’s legal team, including attorney Lauren Cerri, concerning a pedophile public school teacher who molested children in a virtually identical environment (i.e. during recess behind blocked windows and closed doors), the respective school districts were forced to pay out a total of $23.5 million representing compensatory damages.  By way of comparison, the provision of effective predatory identification training would result in little, if any, expense to the District and no more than an hour of time for its employees during each school year.

If you have information about Michael Howey or any of Howey's victims, please contact our law firm.