Settlements can be the grease that keeps the wheels of the civil justice system moving by helping parties avoid the trauma and expense of trial. However, defendants typically include a confidentiality provision in the settlement agreement to conceal bad acts or practices from the public. Any such agreement is antithetical to our goals as attorneys. That is because many cases are taken to effectuate change for the benefit of society by preventing future incidents. Our lawsuits serve as a means to train teachers on the red flags of grooming children for abuse or instituting procedures for reporting inappropriate behavior. 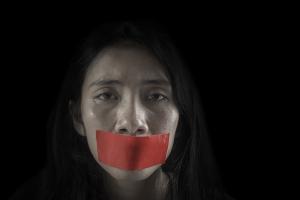 In childhood sexual abuse cases, there is another layer of concern. These victims have frequently been silenced for years, typically by the menacing molester threatening to hurt a family member if the child ever breathes a word about the abuse. The last thing that child needs is more coerced silence. On the other hand, parents have a legitimate concern over their minor child being on the witness stand, subjected to re-living the trauma of abuse and relating its embarrassing manifestations. They would feel compelled to acquiesce in such confidentiality agreements.

Still, those parents want to raise awareness, to invoke change, to protect future children, to spare others from enduring their own hardship in facing the reality that a perfectly beautiful child is now combatting demons. They want to make a public statement that schools or other institutions entrusted with the care of children need to do their job properly to protect children from abuse. They want to be heard. They do not want to be silenced.

Thankfully, the California Legislature has removed that barricade from settlement, thanks to CAOC supported legislation.

Code of Civil Procedure section 1002 now prohibits confidentiality in settlement agreements over factual information related to the action. School districts, day care centers and youth sports organizations can no longer impose a “gag order” over their sloppy practices that exposed a child entrusted to their care to sexual molestation.

And the enactment has teeth. Any attorney who advises a client to sign such an agreement may face professional discipline by the State Bar. (Code Civ. Proc. § 1002(e).) This ensures that parents are not put in the position of having “no choice.” We, as their attorneys, cannot put them there!

This change in the law is a great victory for child sexual abuse victims. They now have a voice that cannot be silenced any longer.