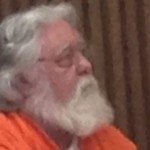 Darrel Golden, a fourth-grade teacher at Anthony C. Traina Elementary School in Tracy, faces child molestation charges which involve at least 12 children. Golden is reportedly charged with 33 counts of lewd acts on a child and child molestation. The alleged victims include 10 girls and two boys, ranging in age from 7 to 10 years old.

In the ongoing case against O.B. Whaley School and the Evergreen Elementary School District, Mr. Allard has dug deep to uncover evidence that demonstrated that the school had advance warning of Chandler's behavior and yet took no action. For parents who find themselves facing teachers like Darrel Golden at Tracy's Traina Elemetary School, Mr. Allard has this advice:

Reports refer to court documents that state Golden touched private parts and had children sit on his lap, among other incidents. Lap sitting, according to Mr. Allard, is an indicator of possible child sex abuse. He points to organizations such as Darkness to Light who call lap sitting a "red flag." Abusers typically begin with inappropriate touching to test the limits and push boundaries.

The statute of limitations can sometimes prohibit a person from seeking justice for their childhood sexual abuse. Mr. Allard urges child molestation victims to come forward. The law firm of Corsiglia, McMahon & Allard can help victims of Darrel Golden and Traina Elementary School molestations. When you are ready to move forward, we stand ready to help. Call our San Jose office at 408-289-1417, toll-free at 866-433-6797, or contact us online to schedule your free confidential consultation.

Update:
December 20, 2013 -- Former Traina Elementary School teacher Darrel Golden pleaded guilty to charges that he sexually abused multiple students. He accepted a plea deal for a total of 14 years in state prison, admitting to four counts of lewd acts upon a child. Reports state that investigators have so far identified a total of 14 victims. Golden is scheduled to return to court for sentencing on February 21, 2014.

Update:
March 28, 2014 ---  Golden was sentenced to 14 years in jail after pleading guilty to four counts of child molestation and sexual abuse.  Golden will spend the next 14 years in state prison and will have to register as a sex offender. As the criminal case ends, the Jefferson School District faces a new sex abuse civil lawsuit filed by attorney Robert Allard for knowing about Golden's behavior and not taking appropriate actions to protect students from sexual abuse.

Fall 2015 -- The case against the Jefferson School District has been resolved.