Victim advocate Jancy Thompson says she is a “sex abuse survivor and mentor” who helps victims and their families deal with the emotional issues that arise from being abused. 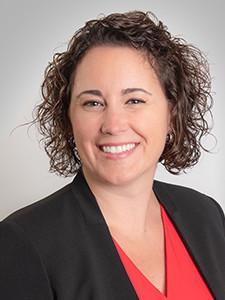 Jancy is in a unique position to help victims. She was once a victim herself: her swim coach began abusing her in 1997 when she was a 15-year-old Olympic hopeful.

It was Jancy’s hope that by sharing her abuse publicly, that she could be the voice for those still living in silence with their abuse. She battled with USA Swimming for almost a decade while working hand in hand with the Keep Kids Safe Organization to ensure athletes and children are protected from abusers.

It’s her experience as a young abuse victim that makes her particularly compassionate and sympathetic to the special needs of childhood victims. However, Jancy also works with older victim/athletes who were abused by an Ohio State team doctor and is working with multiple victims in New York clergy abuse case.

“I know what it’s like being a victim and going through the criminal and civil justice systems. My family has been through the process, too, so I understand the hurdles and emotions victims and their families will go through. I’m not a counselor, I am a mentor. I am someone who will fight for the victim’s voice to be heard and will give suggestions on additional resources.”

Jancy is driven by a desire to do better than what was done for her. “I wish I’d had somebody like myself to talk to when I was going through the legal process.”

San Jose-based Corsiglia McMahon & Allard recently hired Jancy to be the firm’s first, full-time sex abuse victim advocate.
When you call Corsiglia, McMahon & Allard about a potential sex abuse case, you will hear Jancy’s compassionate voice on the other end, willing and ready to assist any way possible. “I establish a relationship with each caller by sharing what I do and who I am. Part of who I am is a sex abuse survivor – only now I’m a warrior and it’s my hope to fight for those who call into our office looking for assistance.” She went on to say, “I hope by sharing my story, I can encourage others to hear their own voices again and continue with the healing process. It’s about empowering other people.”

Previously, Jancy worked as a victim advocate for the Stanislaus (CA) County District Attorney’s Office and was also a Stanislaus County Child and Family Services supervisor.

Her experience as a victim advocate dates to 2009 when she volunteered to mentor a young abuse victim who came to Corsiglia McMahon & Allard for help.

Jancy works to change state laws across the United States that will not only keep victims safe but provide a platform for their voices to be heard. These laws govern the reporting, prosecution and sentencing of child sexual abusers. In 2013, she testified before the Senate Committee on the Judiciary in support of the Child Victims Act to expand California’s statute of limitations for reporting sexual abuse. She also worked to pass a bill that gives children under 11 years old the right to have two support persons in court when they testify. In 2019, she testified in Indiana before the Senate Committee in support of SB 219 which would provide a 3 year look back window of opportunity for childhood sex abuse victims not matter the victims current age.

Her legislative advocacy and willingness to share her personal story of abuse and recovery explain why Jancy is often asked to speak to professional organizations, such as the Santa Clara County (CA) Child Abuse Prevention Council as well as various other smaller symposiums around California on childhood sex abuse.

Jancy graduated from Arizona State University with a Bachelors of Science in Human Development and Family Studies.

She is also a former Redwood City (CA) police officer, with an Associate of Science in Law Enforcement. She is engaged with two young children and enjoys doing “any type” of water activity with her family.