New sexual abuse lawsuit provides insight into SFUSD agreement A secret agreement between the San Francisco Unified School District and alleged sexual abuser Lawrence Young-Yet Chan removed Chan from his job as a high school athletic director but left him free to work at other schools and youth-serving organizations, according to an amended lawsuit filed… 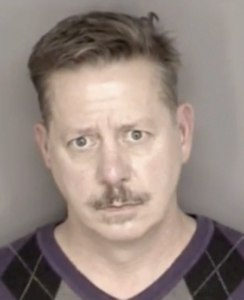 The sexual abuse legal team at Corsiglia, McMahon & Allard is investigating sexual abuse claims against two Salinas educators. If you are a victim of former Harden Middle School teacher Robert Dunham or John Fickes, call our office. The call is confidential.

A sexual abuse lawsuit was filed in Merced County Superior Court alleging that former Merced County educators, Gary Bettencourt and Dusty Norris, sexually abused two young students. The complaint alleges that Norris abused her during the 2004-2005 school year. At the time Norris was employed by the Merced County of Education (MCOE) as an ROP teacher at Los Banos High School. The lawsuit also identifies Jane Doe 2 as a victim of both Norris and Bettencourt. Norris is still awaiting trial on charges that he allegedly sexually abused Jane Doe 1 and Jane Doe 2 while he was an ROP instructor.

The law firm of Corsiglia, McMahon & Allard has filed a sexual abuse lawsuit in Butte County Superior Court alleging the Thermalito Union Elementary School District was negligent for failing to protect an eight-year-old second grade student. The victim was in second grade when she was sexually abused starting in 2006 when she was abused between 2006-2009 at Poplar Avenue Elementary School in Thermalito, which is near Oroville. Her abuser, paraeducator You Lee Vang, was found guilty in 2015 of sexually molesting four children, including Jane Doe. He is serving 24 years in state prison.

The lawsuit claims that Doe’s sexual abuse could have been prevented if the school had properly supervised Vang.