The law firm of Corsiglia, McMahon & Allard is investigating the background of Vista Verde Middle School teacher Jerry Mares. If you have any information about his behavior at school towards students prior to his arrest or knowledge of complaints or any other information that can be of help, please contact us immediately by calling 408-289-1417 or using the contact form to send us details. 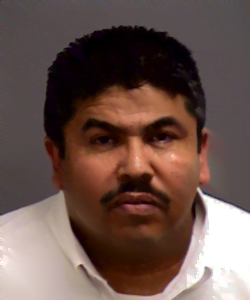 Greenfield Union School District currently operates three elementary schools and one middle school which serve over 3,400 students in grades TK-8, according to 2015-2016 School Accountability Report Card. State reports show that 98% of the students are Hispanic and 79% are classified as English Learners. Vista Verde Middle School teacher Jerry Mares also had a credential to teach students for English language development in grades twelve and below.

Educator sexual abuse continues to be a major problem in schools. Statistics indicate that at nearly one in nine students will graduate high school having faced some form of sexual misconduct during their school years.

The child sexual abuse law firm of Corsiglia, McMahon & Allard makes the safety of children its number one priority by representing students that have been harmed by sexual abuse and holding school districts accountable for failing to protect students.

If your child has suffered sexual abuse harm while attending school, of you know of a child that has been harmed in a school setting, contact our law firm. We are ready to help you and to always work in the best interests of your child. Call us at 408-289-1417 for a confidential and no cost consultation.