The lawsuit claims that the District violated the law by failing to report Lopez to the police following a complaint by a parent. Instead, it is alleged that the high school conducted its own investigation. Lopez continued to be given “one-on-one” access to children.

“Based on the investigation that we have conducted, it appears that district and school officials disregarded predatory red flag behavior prior to the molestations of John Doe and failed to realize that Lopez was a potential threat to the welfare of the children entrusted to its care,” said attorney Robert Allard. 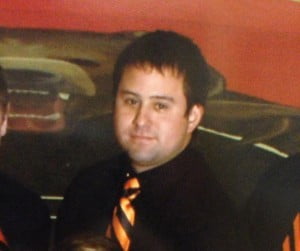 According to the complaint, the District received a complaint from a concerned parent who reported that Lopez hosted parties for minors, particularly middle school children, and served alcohol to them. The parent also reported that Lopez inappropriately touched minors. The District did not report the allegations to the authorities and instead conducted its own investigation.

It is alleged that Lopez began grooming John Doe while he was the wrestling coach from August 2013 to September 2014. As an example, Lopez escorted the victim to a state wrestling tournament and personally paid for all expenses even though the young freshman did not qualify for the event.

In the summer of 2014, Lopez used his position of trust as both a wrestling coach and youth group leader to entice the child to get involved in a youth group for New Life Church and again used that opportunity to molest him.

The parents learned of the sexual molestation when they discovered inappropriate conversations on their son’s mobile phone. They immediately took the phone to police, who were able to recover numerous erased and deleted messages from it.

When police arrested Lopez, they found evidence that he had been engaging in this type of behavior for ten years.  Earlier this year, Lopez was sentenced to ten years, eight months in prison after pleading guilty to crimes involving a total of three boys, including the plaintiff in the present lawsuit, from 2003 to 2014.

“The District has had more than ten years to identify and report Lopez’s grooming behavior and failed to do so," stated Mr. Allard. "Tragically, this is yet another example of why we need to legislate mandatory training in California to identify and report predatory grooming behavior since it is becoming clear that educators and administrators are failing to detect and address predatory behavior by teachers. The signs were plentiful and yet seemingly no one had any idea what was happening right before their eyes."

Mr. Allard, along with victims of educator abuse, are looking to the legislature to adopt a series of measures which would better protect children and mandate that all educational stakeholders, from certificated to classified workers to administrators, to receive mandatory annual training to identify grooming behavior and to report such behavior.