Reports are surfacing that accused child molester, Nick Lhermine of the Morgan Hill YMCA, may have sexually abused numerous children at the Paradise Valley Elementary School daycare facility. The YMCA of Silicon Valley is responsible for the ad 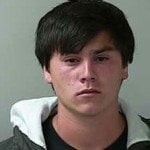 ministration of 12 Association Centers in the area. This includes the Mt. Madonna YMCA,which operates the YMCA - Paradise Valley summer child care day camp on the premises of Paradise Valley Elementary School in Morgan Hill. Furthermore, the lawsuit claims that Lhermine was hired as an aide in February of 2011.

Citing court documents and interviews with law enforcement, reports from the news media indicate that at least four children have come forward indicating they were victims of Lhermine's sex abuse at the Morgan Hill YMCA's childcare facility located at Paradise Valley Elementary School. As a result, Nicolas Lhermine is accused of molesting children as young as 5 and 7 years old.

According to child molestation victims' rights attorney Robert Allard, this case resembles that of CDI Trace Elementary School. Mr. Allard represented the families of numerous children who were abused by convicted child molester Keith Woodhouse. According to Allard, Woodhouse confessed to molesting numerous children at the day care facility. As a result, his lawsuit against CDI alleged that the children should never have been molested if Woodhouse had been properly supervised according to the law intended to protect children. Furthermore, for parents who find themselves facing alleged molesters like Nicolas Lhermine at the Morgan Hill YMCA - Paradise Valley Elementary School, Mr. Allard has this advice:

Beware of Statutes of Limitations

Statutes of limitations often prohibit people who experienced childhood sex abuse from obtaining civil justice. Mr. Allard urges the parents of child molestation victims to come forward. The law firm of Corsiglia McMahon & Allard can help victims of the Morgan Hill YMCA - Paradise Valley Elementary School molestations. Thus, when you are ready to move forward, we stand ready to help. Call our San Jose office at 408-289-1417. Finally, you can contact us online to schedule your free confidential consultation.

May 28, 2014 -- Sexual abuse lawsuit filed against the YMCA of Silicon Valley.