Coach Bahram Hojreh promotes himself as a coach who has “helped develop multiple Olympians.” Until his arrest, Coach Bahram Hojreh served on the board of directors for the local Southern California chapter of USA Water Polo, the governing body for water polo in the United States. 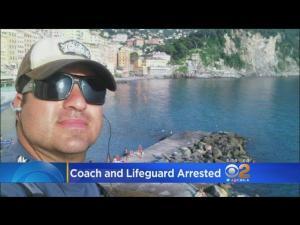 Hojreh graduated from the University of California, Irvine and was a member of the Men’s NCAA Division 1 water polo team from 1994 to 1998.

Hojreh is also founder of The International Water Polo Club, which was removed from using the pool at a joint military base in Los Alamitos after police informed base officials in January that they were investigating allegations involving “sexual misconduct” against Hojreh.

The attorneys at the sexual abuse law firm of Corsiglia McMahon & Allard have a long history of holding sexual predators and their enablers responsible for the lifelong harm caused to child molestation victims.

Attorney Robert Allard has been at the forefront of protecting young athletes from predator coaches. The sexual abuse legal team at Corsiglia McMahon & Allard is available to help you or a loved one in your legal fight against Coach Hojreh, The International Water Polo Club, and USA Water Polo. Call a well experienced sexual abuse attorney to represent your child in a situation like this. Please call 408-289-1417 for a free and confidential consultation.