Update: May 23, 2013
Rick Curl was sentenced to 7 years in prison for the sexual abuse of Kelley Davies Currin more than 30 years ago. Montgomery County Circuit Court Judge Marielsa Bernard imposed a 15-year sentence, with all but seven years suspended. The Judge thought it was important to send a message that criminals will be held accountable no matter when they're caught. More on the sentencing as reported by the Washington Post. 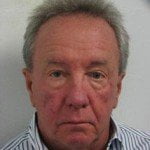 According to media reports, former USA Swimming and Olympic coach Rick Curl has pleaded guilty to sexually abusing one of his former swimmers. Reports state that Rick Curl remains free on $50,000 bond. Curl will be sentenced on May 23 and is facing up to 15 years in prison. The penalty for the same charge today would carry as much as 25 years in jail.

Update: February 5, 2013
Rick Curl agrees to plead guilty to child sex abuse according to the Washington Post. A hearing is scheduled for February 21st in Montgomery County Circuit Court. The Washington Post links to a memorandum about the agreement filed in Circuit Court in Rockville. Under the Maryland law in effect at the time of the offense, Curl could face a maximum sentence of 15 years.

Original Story:
Former USA Swimming and Olympic coach Rick Curl is now facing a felony charge of sexually abusing a former swimmer. Curl turned himself in on Thursday and according to the Washington Post was released on $50,000 bond.

Attorney Robert Allard, who represents victims of childhood molestation, is the pro-bono attorney for Rick Curl's victim, Kelley Davies Currin. Allard stated, "Ms. Currin is pleased that justice is going to be carried out against Rick Curl but there remains unfinished business. We hope that a similar fate is in store for those at USA Swimming who covered up for him over a period of literally decades. The current Vice President of USA Swimming has admitted in writing that knowledge about Rick Curl "banging" his swimmers has gone back to as early as the late 1980's. An untold amount of childhood sexual abuse has occurred due to the callous inaction of those who knew about Rick Curl's sexual predilections and did absolutely nothing about it. We urge the authorities, as they did with Penn State, to now look into possible criminal conduct that has occurred within USA Swimming."

Allard pressured USA Swimming to permanently ban Rick Curl from coaching. Rick Curl resigned and accepted a permanent ban on the eve of his hearing.