When “W.S.” met Coach Normandie Burgos he was just seven years old, a young boy who was good at tennis and wanted to get better.

There’s no disputing that Burgos wanted W.S. to become a great tennis player – he repeatedly told W.S.’s parents that he was a “champion.” But as the years passed, W.S. grew up and Coach Burgos began to want more.

He wanted a sexual plaything.

W.S. is now 20 years old and is in counseling as a result of being abused. San Jose attorney Robert Allard recently filed a civil lawsuit on his behalf against the United States Tennis Association and its regional affiliate, USTA NorCal, for negligence. The suit alleges the tennis associations should have known Burgos was a sexual predator and did not perform adequate background checks that would have revealed Burgos’ notorious past as a child molester.

USTA is an elite organization that trains Olympic hopefuls. By conferring their membership privileges on Burgos, the USTA set the stage for him to molest his male student-players.

Burgos, 55, has a long history of sexual misconduct that can be traced to his days as a tennis coach and physical education teacher at Tamalpais High School in Marin County, Calif.

Tamalpais students lodged multiple sexual misconduct complaints against Burgos beginning in 2001. Charges included inappropriate touching during body composition tests, with at least one student alleging Burgos touched his genitals under the pretext of giving him a massage.

In 2006, Burgos was arrested and criminally charged with sexual battery after a young male tennis player reported being molested.

Burgos was fired from Tamalpais High School in 2008.

He denied the sexual misconduct allegations and finally went to trial in 2010. But the trial ended with a hung jury: eight jurors voted to convict, four voted to acquit.

“That acquittal left Burgos free to molest other young teens,” Allard said. “And he did.”

The highly-publicized trial did result in Burgos losing his California teaching credential, so he could no longer teach tennis at schools. Instead, he began giving private tennis lessons to youths under the auspices of the Burgos Tennis Foundation. 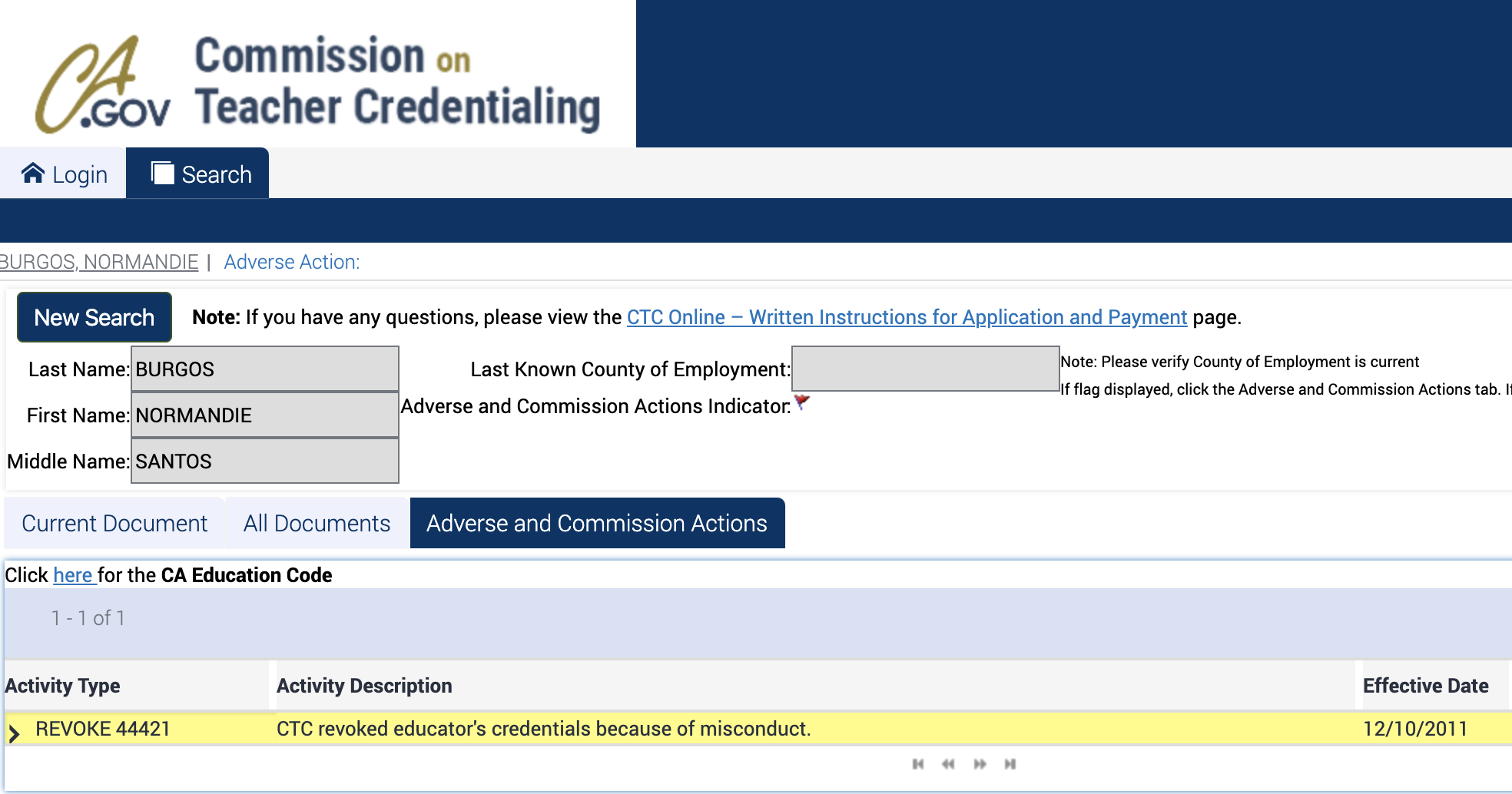 It’s believed Burgos and his foundation were granted USTA and USTA NorCal membership in 2011.

“Membership in such as elite organization gave parents a false sense of security because they believed USTA was following its Safe Play policy,” Allard said. “The Safe Play guidelines specifically prohibit child abuse and sexual misconduct.”

But that didn’t stop Burgos, who began “grooming” W.S. in 2011 when he was just 12 years old, touching and massaging him inappropriately.

The sexual abuse started at 13, lasting about a year.

Then, W.S. told his mother about it.

The long road to justice

“I know my mom contacted multiple USTA NorCal tournament directors and asked them to ban Burgos from their events, but they wouldn’t do it,” W.S. said. “She asked for the ban because I was extremely uncomfortable around Burgos and his presence negatively affected my performance.”

W.S. went on to say the tournaments were important for college recruitment, ranking points and prize money.

In February 2017, police in Richmond, Calif. began investigating Burgos after receiving a tip that he had sex with a 14-year-old boy. Their investigation uncovered another victim and Burgos was charged with 60 counts of child molestation.

Both boys testified against Burgos. One of the most dramatic moments came when prosecutors played a surreptitiously-recorded video of Burgos admitting to sex acts with one of the boys.

Burgos was convicted and is now serving a 255-year sentence in state prison. He, too, is named in the civil lawsuit that seeks unspecified damages from USTA and USTA NorCal.

“I’m suing because they need to make sure their Safe Play rules are enforced,” W.S. said. “This can’t be allowed to happen again.”

If you are a victim of sexual abuse, the law in California provides you with a three-year window, until the end of 2022, to seek legal action. For a confidential and free consultation, please call our sexual abuse legal team at Corsiglia, McMahon & Allard at 408-289-1417.